Winter in Oregon can be such a wet, dreary time.  Even Lewis and Clark complained about it. For them, camped near the mouth of the Columbia River, during the winter of 1805-1806, from December 7 to March 23, winter consisted of 106 days, only 12 of which were dry.

And it's still the same. This means most of the pictures we take in Oregon during winter can easily be with whiteout skies, especially when you have to boost the exposure by one or two stops to get your subject properly exposed.  Sometimes, there is the additional irritation of ugly background objects that distract from the cleanness of the composition.

I'm not usually an advocate of replacing large swaths of an image with a large chunk from another image. I'm not really into composite imaging that much. I'm not saying it's bad or wrong somehow. I simply don't do it beyond some removing of trash or sensor dust spots, little things like that. As much as I may appreciate the artistry of compositors, and I do, I'm just not that good at it, so i tend to avoid it.

So, anyway, here I was driving home from a customer call. I was in an agricultural area near where I live called French Prairie, and out of the corner of my eye I catch a glimpse of an American Kestrel sitting in a tree. So, I slowed down and pulled over. As I slowly rolled up to position the kestrel directly across from my driver-side window and rolled it down, it got scared. I barely had enough time to grab my camera and fire off a burst, hoping that the auto-focus had locked on.  One shot, just this one shot came out. All the other 5 or 6 images were either way off the mark or terribly blurred.  This is what I got, a pretty bird and an ugly background. 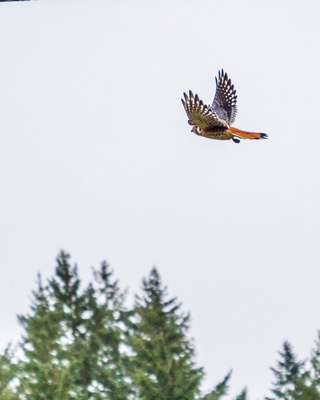 Another shot, a short 10 minutes later, was of a church with Russian "onion domes" as part of its architecture. There are several such churches in my area of Oregon, and I wanted to see if I could come up with an interesting composition. Unfortunately, the property is surrounded by a 6-foot fence, and it had started to rain, making the mud in front of the property all the more sticky and slick. The best I could do is flip the view screen down and hold the camera over my head, composing while looking like some sort of crazed scarecrow, hoping no raindrops landed on the lens.

Again, the sky was awful, but this time there was an added bonus of those ugly power lines, a power pole, and big black insulators. It simply destroyed the mood I had hoped to create. 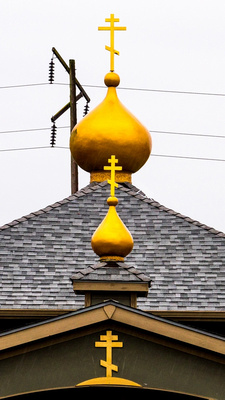 Well, it's Topaz Remask to the rescue. Remask is a really easy way to mask off areas in a photo that need to be replaced. You basically draw a line over the border between the area you want to keep and the area you want to replace. You can adjust the intensity and hardness or softness of the mask edges. Let the program calculate and overlay the mask. Then you select an image that will replace the part of your photo that your don't want. Adjustments and remasking are possible until you get everything just right. Then you export the new image. Your old image is preserved.

Here are the two images from above with new backgrounds applied to them. 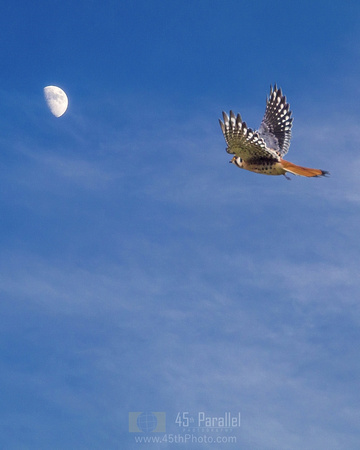 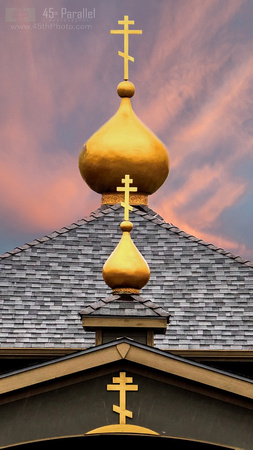 I think you would agree, that even though the pictures are now a little fanciful, that they are certainly more interesting than the originals. Since I won't be trying to pass them off as "straight-out-of-the-camera" or any representation of "reality", I really don't see any harm in it, other than them being examples of the potential of digital art.

And I feel much better now that i have gotten rid of the hideous white skies.