Mount Hood is one of the two icons for the State of Oregon.  The other is Multnomah Falls.  Whenever one thinks of scenes from Oregon, it's almost inevitable that Mount Hood or Multnomah Falls comes to mind, sometimes both.

At the end of each summer, Mt. Hood is usually mostly bare. This year (2021), however, was unusually hot and lacking in precipitation for a long stretch of time, so the mountain was quite exposed. Much of the rocky detail that is usually hidden by snow is now visible to explore.

During a recent ride to Lost Lake in anticipation for a nice sunset shot, I decided to take a longer and less paved route and go through Lolo Pass, which provides close-up views of the western face of the mountain. 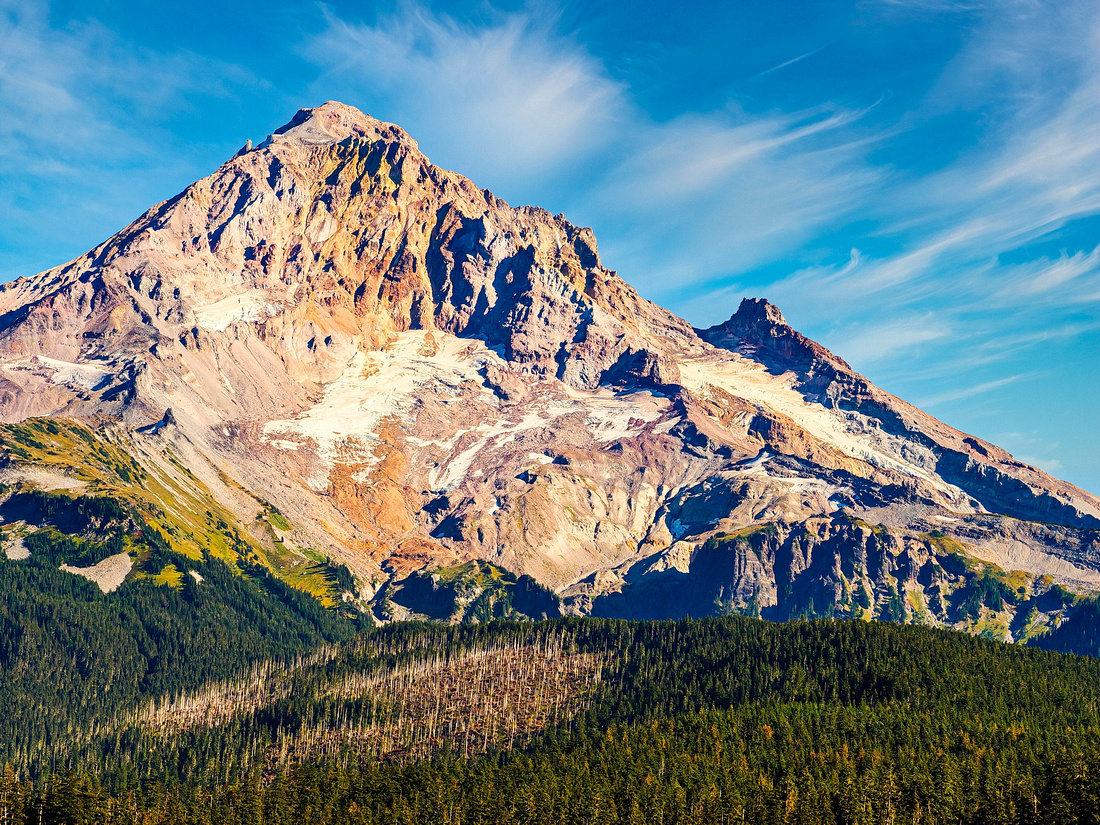 This shot is a down-rez of a 181 mega-pixel photo.  You can click on the picture to open a viewer in which you can zoom in and out and pan left and right to explore the mountain in minute detail.